Pattern of the Precipice 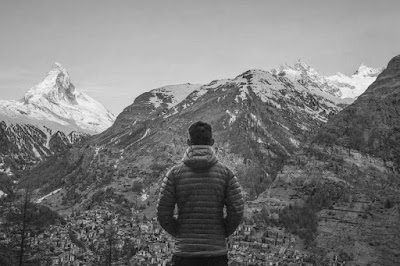 A good friend texted me and asked what I was up to one afternoon several weeks ago.  It had been awhile since we had caught up, he knew some things were unraveling and wanted to come by to talk.  In the midst of a long conversation, he mentioned how patterns seem to weave into our lives over the years.  In this case, every 10 years.  His comment made me consider what extent this was true in my life.  And it became evident it was very true.

Ending 1997, I looked ahead into 1998 and thought that graduate school would be in my near future.  But within months of the new year, I had met my wife and we were married and had bought our home by the end of 1998.

Ten years later, after a wrenching but spiritually flourishing 2007, our little family sat at a precipice, not knowing what 2008 would hold.  I had lost a position that I thought would carry me into the future and my career itself was terribly uncertain.  I remember that Christmas being one of great anxiety, right through New Years, as we waited for an announcement that would also mean the end of my job.  That never came, but by July of that year, the uncertainty finally took a toll and it pushed me right out and onto my own.

And here we are, at the end of 2017.  Another ten years have passed since that uneasy Christmas and New Years, and we find ourselves thrust right back onto that precipice.  And much like ten years prior, it hasn't been of our own making.  Not by our choice.  And not under good circumstances.

By the end of 2018, I hope to be able to say the pattern of not knowing has a good ending like in past decades.  But this one stings.  It stings deeply because the stability that you would count on to uphold you is what is crumbling after decades of loyalty and commitment.  God carries those who trust in Him-I don't doubt that.  And we have never seen where He has not been faithful.  But this time, after many times, my spirit-my soul cannot be satisfied in that alone.  This time, I feel that speaking is what is required to level the deep chasm ahead because silence created it.  This time, speaking is what demonstrates my faith in Him.  God uphold us all in 2018.
at December 26, 2017 1 comment: