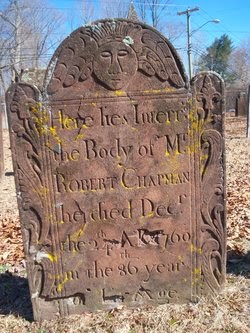 ﻿So I'm trying to embrace by English roots now that I've learned my DNA results and I'm a great deal more English than German, and even less so-Irish.  I've been running down several branches of my family tree and one that has eluded me is that of the Chapman family who moved into Marshall County during the 1840s.  We've heard stories of Dr. Clarke Chapman, who graduated from LaPorte Medical School and rode horseback from his farm north of Argos to make house calls.  And through research we found that his father, Ezekiel, lived in Argos as well.  And the most fabled of family lore, was that Johnny "Appleseed" Chapman was a cousin who visited their farm.  That never quite added up, but I had always hit a brick wall with any information earlier than Ezekiel, who lived in New York state.

But in my recent research I was able to connect a more senior Ezekiel to my Indiana pioneer, which led to a third Ezekiel in Connecticut, which led to the Chapmans of Saybrooke, Connecticut, who founded the town in 1635.  Robert I came to America in 1635 from England and founded the town, his son, Robert II, and grandson, Robert III, lived and died in the New England town.  The founder's grave is now unmarked, but his son's grave, my great x9 grandfather, is still marked with a stone that has one of the region's famously carved designs-a stylized primitive angel.  I shared the photo with a friend and he immediately responded that it looked like the Starbuck's logo.  Huh...kinda.  I found   that most Chapmans trace their roots to Robert I, likely Johnny Appleseed does too....but I haven't found that yet.  Several more interesting stories have surfaced as well, but yet a few ancestors continue to elude me. 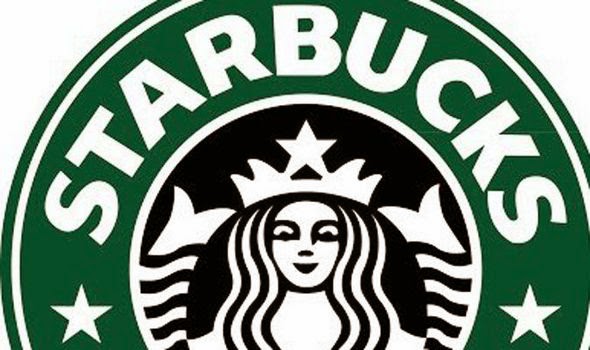 On this Thanksgiving eve, as I delved into the richness of our country's history reaching back to its foundations, I wonder what we are leaving in our wake.  What will those who come after us say of our generation?  For nearly 400 years we built, cleared, prospered and can be truly thankful for much.  But for what will the generations that follow be thankful to our generation?  I hope it's more than limitless Starbucks.
at November 26, 2014 3 comments:

Email ThisBlogThis!Share to TwitterShare to FacebookShare to Pinterest
Labels: genealogy

And this is why I was surprised by my less-than-overwhelming German DNA results.

I took my mom and her sister on a whirlwind genealogical tour across the U.S. 6 corridor in three northern Indiana counties a few weeks ago.  In preparation for the trip, I plugged a few names of ancestors into findagrave.com.  Yes, it is for-real.  I knew that my great x3 grandfather had been born in Bavaria and came with his parents to the United States in the 1830s, first settling in Dearborn County, Indiana.  Jacob Ewald followed the love of his life to northern Indiana, while his parents and several siblings remained in Dearborn County.  I did not know where his parents were buried, so I plugged in their names and found that the cemetery was just off the beaten path to Madison, which is where my wife and I were planning to spend our anniversary.

Knowing my wife now expects to visit cemeteries on all of our family trips, I of course didn't want to disappoint her.  On our way back from Madison, we crossed county lines and went to St. Stephen's Old Church Cemetery.  Although we couldn't find Jacob's parents' stones, we did find two siblings that had died as children in the 1850s.  The stones were inscribed in German.

All of the stones in this little cemetery were inscribed in German.

In driving the winding, hilly roads to their resting place, and as I peered out across the broad green valley, I wondered if this felt like home to them.  I wondered how Phillip, the patriarch, felt leaving the rest of his family behind.  No wonder the small group of German Lutherans clung together upon reaching the new land.  The Ewald line represents my family's most recent arrivals to this country.  These Germans continued to carry their language with them, first to St. Joseph County and then to Bremen in Marshall County, where a large German population also settled.  They continued the use of their language into the 1900s with sermons preached in the language of their Vaterland.
at November 19, 2014 1 comment:

The Results are IN!

Inspired by the PBS program "Finding Your Roots", and trying to resolve an internal debate about some family lore, I simply asked for a DNA kit from Ancestry.com for my birthday this year.  A vile full of spit and a few weeks later, my ancestral-origin profile arrived. 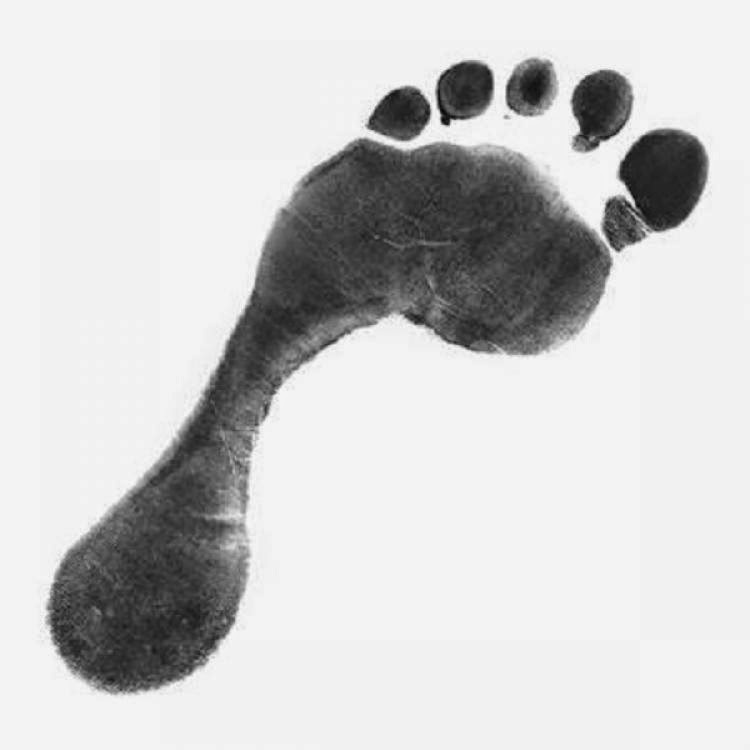 My grandfather, sometimes with seriousness, and other times in jest, claimed that we had Native American blood.  In my genealogical research, I haven't found that native link-but some lines got blurred in Virginia, so I thought it was possible.  When grandpa had us grandkids "on the hook" he'd tell us we were part Blackfoot, to which he'd take off his sock and show us the bottom of his dirty foot.  That should have clued me in.  More believable was his story that he knew that the first to carry our name in the New World arrived with his brothers from Ireland way back.  This didn't add up to what became pretty overwhelming probability that the first of my namesake came from Germany during the Revolution, and dropped the "t" from his name so that it sounded more Anglicized.

Then there was this little matter of my paternal grandmother, who was a Bryant, and her lineage came up through Kentucky in the 1830s.  Family tradition is that we were "Black Irish".  Never heard that term?  Black Irish is a term used for people with darker complexions and hair from the Emerald Isle, and at least one theory suggests they were descended from survivors of the Spanish Armada that wrecked off the coast of Ireland.  BUT at the first inaugural family reunion in 2012, my aunt, the eldest member of that family unit, brought a photo album of the Bryants and some family members appeared so dark-skinned, that we wondered if the black in Black Irish, might have actually been, well,  Black and Irish.  My aunt quickly closed the photo album.

So there was a part of me that thought my regions of origin could have looked like a smorgasbord of ethnic groups.  Based on my research though, I thought it would be more likely that about 50% or more would be German, and the remaining but likely minority amount would be English-Irish.  Have I built up the suspense enough?

How about 49% English-Scottish and 34% German-Alsace region.  The remaining amount included only 2% Irish (say what?) which was as much as the percentage of Eastern European Jew.  I don't know that the last surprised me.  I did get a full 6% of Iberian peninsula, which could relate back to the whole Black Irish-minus the Irish evidently.  Well, I'm about as white as they come...a friend said I'd get lost in a snowstorm.  How boring.  I have to rethink the concept that the first of my namesake dropped the "t" and that maybe some aspect of Gramp's story was true-just not Ireland, more like England.  Geesh, England's never really even held any fascination for me.  S'pose I'll have to follow the Royals now.
at November 12, 2014 No comments:

Email ThisBlogThis!Share to TwitterShare to FacebookShare to Pinterest
Labels: genealogy, growing up red white and blue 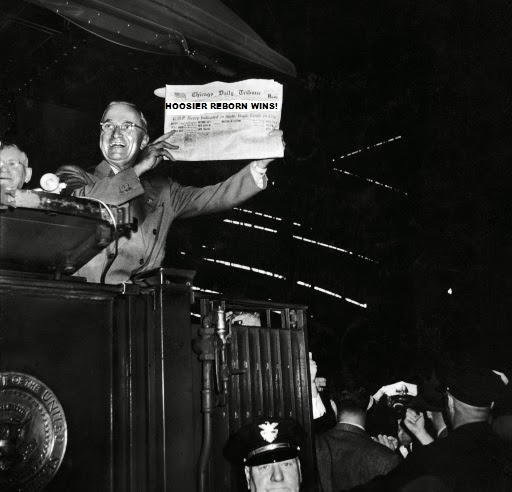 Many thanks to everyone who has believed in me, supported me, and continues to stand by me and our community.  Now let's get to work!
at November 05, 2014 No comments:

Email ThisBlogThis!Share to TwitterShare to FacebookShare to Pinterest
Labels: politics

Fall into our State Parks

It's been said that a picture is worth a thousand words, so I'll let the pictures do the talking in this post.  Fall at Indiana's state parks.  We owe quite a debt to our forefathers for setting aside these lands and establishing our state park system in 1916.