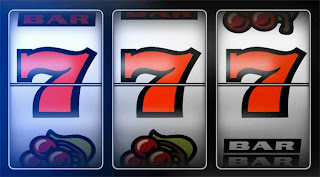 With very little thought I hit the publish button on that last post.  Then the posts total refreshed and was highlighted on the side of my screen.  It came up "777".

I don't typically pay attention to that-but this one seemed significant.  OK-first of all, seriously, 777 posts?  That seems nuts.  A friend recently pointed out that I must not have enough to do since my posts keep popping up on Facebook.  That may be true.  Fact is, I ramped up my posts over the last two months by pulling short essays out of my book in the making "Life Inventory".  That was the case for the last post, which honestly seemed pretty lack-luster given its number of high perfection.

I love numbers, but I hate math.  I don't know if that's anything like the former youtube sensation "Why I love Jesus, but hate the church".  It may be close.  I suppose this is fed by my business background and the interest I have in social and cultural data.  I love statistics.  I was absolutely fascinated by many of the stats in a book entitled "Unchristian", which dealt with how people outside the church view the church.  Very revealing.

I love to crunch numbers.  I actually enjoy doing my taxes.  When I hear about other communities in the state my mind immediately goes to research that I conducted on a number of different topics that compared how River City stacked up to our neighbors of equal size for employment, police force, income, rental vs. home ownership rates, emergency warning systems, and population make-up.

So naturally, when I stumbled on the stats data for this blog I began to check on most popular posts, audience distribution, and page view numbers.  Page views began a significant climb in September from an average of 1,000 or less page views each month to almost 2,000.  That then doubled in October to over 4,000....which became my "blogger cliff".  The number has fallen back off to about 2,500 in December.  I have no idea why the numbers have shot up, though one story posted in late summer has now become the most viewed post "UFO-unidentified flying owl"; it took away the position of number one from "The Creeper".  Strangely, both are about birds.  The all-time number of page views since I started in July of 2007 is over 46,000.  That's amazing to me, but obviously small potatoes to most die-hard bloggers.

Another milestone involving a 7 that I fell into recently was discovered when I was adding to the inventory of National Register nominations that I have written.  On New Year's Day I was working through that inventory and the total reached 69.  A few days ago I was hired to do my 70th nomination.....and it will be the first one outside the borders of Indiana.  I'll write more on that later, but in that line of work....it's a heck of a big number.

I enjoy writing, regardless of the numbers.  But sometimes it's good to take an inventory to realize how far you've come, particularly in the beginning of a New Year.  I'm not sure why I didn't highlight the 666th post though.  That could have been interesting.

I think my first exposure to Christian music was a Debbie Boone album from about 1981.  Not that my parents ever told me I couldn’t listen to secular music (I had been a country music fan, and then rock music fan before that) a spiritual experience led me to the belief that secular music would pull me down and was just dead wrong.  So began my journey with Christian music that turned me on to our church’s radio station, which was the "upbeat" Christian music station that featured groups like Petra, The Imperials, Amy Grant, Michael W. Smith, and countless others.


Having purchased tickets to a Petra concert in 1985, a small group from my Christian high school planned to make a night of it in South Bend, until the school administration caught wind.  Since Petra was a bit anti-Baptist (they had a song entitle "Color Code" which busted on Bob Jones University), we were threatened with expulsion if we attended.  The next few weeks' chapel sessions were a liturgy of the ills of Christian rock music.  I had a hard time with that since many of my Baptist friends listened to secular rock music, but somehow Christian rock was worse?  Shortly after I began to listen to secular rock as the music video scene was just dawning, and I would stay up late on Friday nights to watch Friday Night Videos-remember that?  After awhile, I felt convicted and returned to Christian rock, only to backslide again as I entered college.

When I graduated from high school I was still pretty conservative when it came to secular versus Christian music.  But with my new car that actually had an FM radio in it (the truck I drove only had AM), soon a world of other stations was opened to me so I would channel surf on my commutes.  Soon secular music-rock and pop-found a way into my personal culture shift.


But it wasn’t just rock music.  I began to develop an appreciation for a variety of genre's that included instrumental New Age music, some Blues, Classical, Jazz, and Celtic.  I had a few discs of New Age music my dad had, which I found incredibly soothing to do homework when pulling near-all-nighters.  And the Celtic music, which my friend Fabian introduced me to, made me feel a connection to my roots.  I started back into country music by the mid 90s and never left it.  I slipped so far away from Christian music that I didn’t begin listening to it again until I met my future wife.  I thought Christian music tanked so badly during the late 1980s and through the 1990s, it really seemed pointless.  I didn’t become a fan again until Third Day and Newsboys rose to the top of the music scene.  Now some pretty solid talent has joined the Christian music pool.
The only music I can't muster the strength to appreciate is opera....well, and show tunes.  I don't think as a dude I'm alone here.  But if there is one type of music that I appreciate most...it is anything played on bagpipes.  So we make a yearly pilgrimage to the Fulton County Trail of Courage just to listen to the bagpipes.
at January 03, 2013 No comments:

Email ThisBlogThis!Share to TwitterShare to FacebookShare to Pinterest
Labels: growing up red white and blue

I've always felt this song has a bit of a haunting quality to it.  This version really drives that feeling home.  May 2013 be our best year ever.
at January 01, 2013 No comments: