Michigan City: Vision to Capitalize on its History


A few years ago I met one of Michigan City's movers and shakers while developing the Historic Michigan Road Byway.  The guy had a vision for how Michigan City could reinvent itself and capitalize on its history and location on Lake Michigan.  Working with the redevelopment commission, an aggressive plan was put into action which would seek to list a major swath of the city into three National Register districts.  The city went from 0 districts to 3 in three years, the last being listed this year, in the hope that economic development would follow.

And it has.  Significant tax credit projects are being developed, or are under construction, that took advantage of the benefit of having the districts listed on the Register.  But the vision went far beyond just preserving old buildings-it has included the concept for creating a central arts district in the historic downtown, advocating for keeping the South Shore running through the downtown, despite efforts to reroute it.  And the vision better connects the lakefront to the downtown.  Investment in near east and west side residential districts has seen a general improvement of the neighborhoods, making them a more desirable place to live with easy access to new businesses opening up in the downtown.
In 1831 Isaac Elston of Crawfordsville, Indiana purchased the land that would become Michigan City from the State of Indiana.  A year later he platted the town of Michigan City.  The new town was platted at the location surveyed by the State of Indiana in 1829 as the northern terminus of the Michigan Road, though the road was not constructed through LaPorte County until 1834.  The road connected Madison, on the Ohio River, with what was believed would be the best harbor on Lake Michigan for the state.  The mouth of Trail Creek at Lake Michigan was thought to offer an adequate harbor although only small boats were able to moor until improvements were made in the harbor between 1836 and 1852.  The first settlers arrived in 1833 and by 1836 over 3,000 people lived in Michigan City.  By 1880 the population was over 7,000 and it more than doubled to 14,850 by 1900.

The three districts include Elston Grove, named by the town's founder, on the east side of the downtown from Michigan (Road) Street to Pine Street.  The Franklin Street District is the historic central commercial corridor once revamped as one of those nasty 1970s pedestrian malls, but now the heart of the arts district.  The third district is the Haskell-Barker District on the downtown's west side, stretching to the street bordering the outlet mall, and named for the former train car manufacturer in the city.  The three districts, combined, now have nearly 600 buildings that are eligible to receive rehabilitation tax credits.  The two most promising large projects include the Warren Building, an Artspace studio/residential venture in the downtown, and the former Zorn Brewery on the old Michigan Road, which is being considered for an upscale spa.

This is what happens when a community rallies around its historic resources = economic development.
at December 10, 2014

Awesome. I look forward to seeing the fruits of this as I visit MC in the future.

The Artspace project is complete and a success. Those of us that were afraid the old Warren Bldg. would end up demolished (like so many other landmarks in Michigan City) were relieved. The same for the old Washington Park "Greenhouse" near Lake Michigan, that barely escaped demolition, has been restored and will have a useful life again. The city, however, has been demolishing historic store buildings just north of the Artspace building,at(701-705 Franklin) to make way for another "community plaza", with another demolition planned for 709 Franklin (the former Grant Dept. Store bldg.) History buffs should photograph it now if they want to save pictures for posterity. I think we are sacrificing too many historic buildings for questionable projects such as this un-needed plaza. 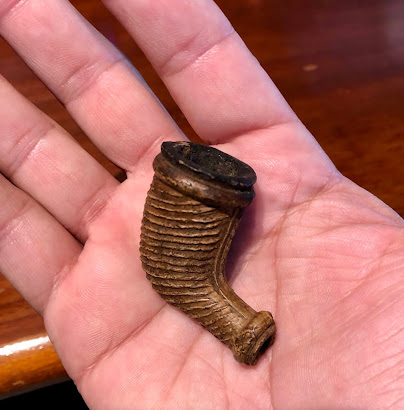